Did you know that there are over 150 components to every utlility bill?

If you suspect that you may be getting overcharged on a utility bill… there are at least 150 chances per bill that you’re right. 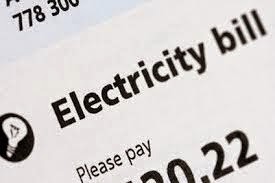 → There are numerous rate schedules available for a particular business’s account. These rate schedules also change from time to time. We can determine if a new rate might be advantageous to our clients. There is no legal or tariff rule that obligates the utility to determine what rate is best for you, so it is not uncommon to find oneself with an unsatisfactory rate schedule.
The average layperson may find themselves in far over their heads when trying to determine the best rate schedule on their own. With our expertise, we can sort through and find what will work best for each client.

→ Every year millions of dollars are billed to utility clients that are incorrect, and, to a large extent, they are in favor of the utility. Many businesses are surprised to learn that is not the responsibility of the utility to correct errors. You may very well be paying too much for the utilities your company uses.

Don’t give your utility company a bonus. When you’re over your head in overhead, call Paul Steberger of Applied Utility Auditors.

It was 10 nights before Christmas, and all the way down Wall Street the coast was clear.
A flatbed truck turned the corner and lurched to a stop in front of the New York Stock Exchange. Arturo Di Modica and his small band of co-conspirators jumped out and quickly got to work. The night watchman had just completed his patrol of 11 Wall St., and, having cased the block for several nights, Mr. Di Modica and his team knew they had just 4½ minutes until he returned.
They lowered the bronze statue—all 3½ tons of it—onto the middle of Broad Street, right under the exchange’s Christmas tree. The truck zoomed out of sight, but Mr. Di Modica stood at the corner, watching and waiting for morning.
It was 25 years ago that Wall Street’s favorite mascot arrived downtown. Mr. Di Modica, the Italian artist who says he spent $350,000 of his own money to cast “Charging Bull” in his SoHo studio as a Christmas gift to the city, relished the reactions of New Yorkers—traders, tourists, cabdrivers and hot-dog vendors.
“It was love right away,” recalled Mr. Di Modica, now 73 years old. “They wanted to touch it, embrace it—it was beautiful. I stood there watching until about noon.”
Executives at the New York Stock Exchange weren’t nearly as amused. The police were called in, and when they proved unwilling or ill-equipped to run an 18-foot-long bull out of town, the exchange hired private contractors to haul the beast off to Queens.
Mr. Di Modica, who for years plopped his works onto city streets in the middle of the night, should have been used to this sort of thing. But even though his bull seemed menacing—nostrils flared and ready to gore anything in its path—the sculpture, he said, was intended as a symbol of New York’s drive, optimism and willingness to barrel ahead against the odds.
The artist conceived “Charging Bull” during the city’s most bearish hour, just days after the stock-market crash on Oct. 19, 1987, known as Black Monday.
Mr. Di Modica, a Sicilian immigrant who had found success in New York—enough to buy a Manhattan studio and a Ferrari—remained hopeful for his adopted home at a time many were convinced the city’s best days were behind it. Though the market had recovered much of its losses by 1989, the city was still a crime-ridden shadow of its former self.
Then-NYSE President and Chief Operating Officer Richard Grasso couldn’t be reached to corroborate the story, but Mr. Di Modica said the Wall Street leader offered to return the bull to the exchange on one condition: that the artist would make a bear too. Mr. Di Modica said he refused. “The bear means the market goes down, but I wanted to represent the city getting bigger, stronger, faster.”
Mr. Grasso, recalled Mr. Di Modica, hung up.
Mr. Di Modica paid to bail “Charging Bull” out of Queens, and with the help of community activists and the city’s Parks Department found a new home for him just a few blocks away from the exchange in Bowling Green.

There he has remained for 25 years, through bullish and bearish times alike. He has witnessed the drop in crime, the rise in real-estate prices and the election of a billionaire mayor. He has also stood firm through the dot-com bust, two terrorist attacks—Sept. 11 left him covered in a thick layer of soot—the worst economic collapse since the Great Depression and the Occupy Wall Street protests.
Mr. Di Modica has likely recouped the expense of building the bull several times over in the past 25 years, having cast sibling bulls for cities around the world, and having sold many smaller versions to collectors.
Whenever the market is down, people stop him in the street and ask, “Why isn’t the bull working?” he said. “I tell them he’s resting, he’s tired, but he’ll get back to it soon.”
Corrections & Amplifications
Richard Grasso was president and chief operating officer of the New York Stock Exchange 25 years ago. An earlier version of this article incorrectly described him as the NYSE chairman at that time.

If decision goes against state’s second-largest utility, customers could see their bills cut by one-third

Angry that a pending rate case has dragged on for more than three years, legislators and consumer advocates yesterday called on state regulators to quickly make a decision on a proposal that could mean significant reductions in bills for customers of Jersey Central Power & Light.
The rate case, initiated by a petition from the state Division of Rate Counsel claiming JCP&L was earning too much from its customers, could reduce bills for ratepayers by up to one-third, if positions taken by the division and by the staff of the New Jersey Board of Public Utilities are upheld.
The case has not been decided yet, primarily because an administrative law court judge has repeatedly asked for delays following extensive hearings on the proposal. The court is expected to issue a decision by December 29, but then the matter will have to be reviewed by the BPU, which can reject, modify, or accept the judge’s decision. That ruling may not come before next spring.
Both Rate Counsel and the BPU’s staff have argued the revenues of the state’s second-largest utility should be reduced by at least $200 million. In its initial filing, JCP&L sought a rate increase of $31 million…. Read the full story at NJSpotlight.